Rangiroa is quite possibly the world's most immense natural aquarium. Blessed with an accessible yet secluded appeal and a large abundant lagoon, this renowned destination should be at the top of every eager diver's list.

Here on this secluded coral atoll, there are no soaring mountain peaks or sweeping fragrant valleys characteristic of the other Tahitian islands. Instead, flattened islets and skinny sandbars encircle the perimeter of Rangiroa's vast blue lagoon. This atoll formation allows you the unique opportunity to enjoy endless horizons on either side. Fittingly, Rangiroa actually means "immense sky" in the local language.

Rangiroa is the largest of the Tuamotu Atolls and the second largest in the world. Home to the greatest population in this remote region, it receives frequent air service from Tahiti. Flight time from Papeete or Bora Bora is approximately one hour. Made of mostly water, the lagoon in Rangiroa is so substantial that the entire island of Tahiti could fit inside. This size, coupled with the lagoon's sheer abundance of marine life, has earned Rangiroa her reputation as a superb diving locale.

This status is also upheld by the presence of some impressive diving and snorkeling sites. The Avatoru Pass and Tiputa Pass, both located on the northern side of the atoll, produce currents that are ideal for drift diving or snorkeling. They are also known to attract schools of wild dolphins. The Blue Lagoon, located on the western side of Rangiroa, is a shallow lagoon carved into the reef inside the central lagoon, creating a small natural aquarium no more than 16 feet (5 meters) deep. Boasting a continuous supply of fish, deep-sea fishing is also a popular water activity in Rangiroa. 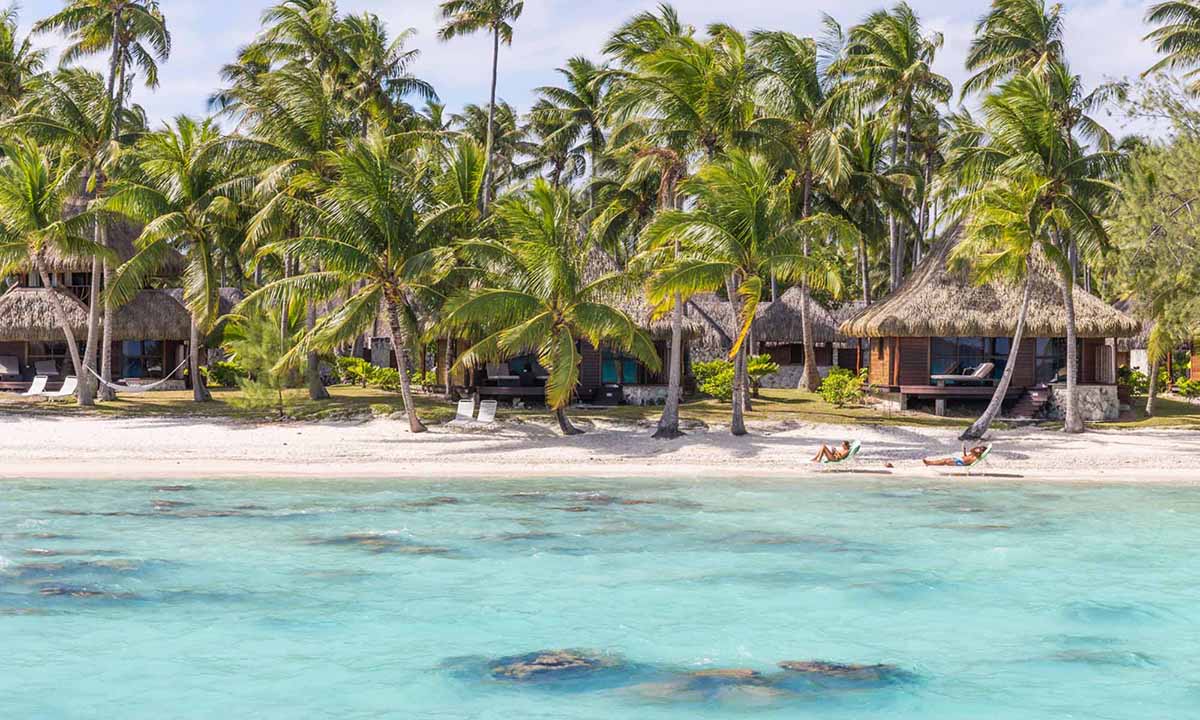 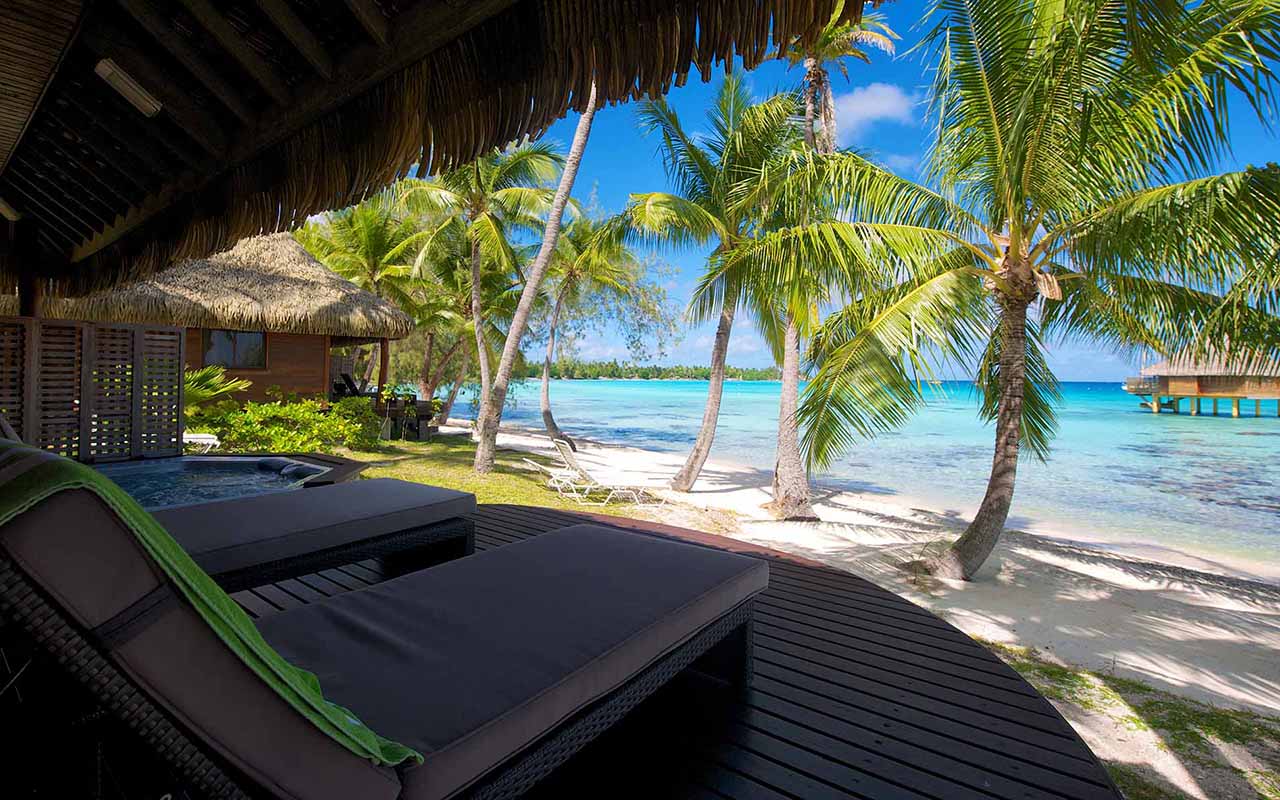 The two main resorts located near the Tiputa Pass are the Hotel Maitai Rangiroa and the Hotel Kia Ora Resort & Spa. Both offer convenient access to the airport and a selection of lovely beach and garden bungalows; while the Hotel Kia Ora features the highly desired overwater bungalows. For an indulgent Robinson Crusoe experience, stay on Motu Teta and enjoy the solitude of your very own South Pacific isle. This private villa is equipped with all the comforts of a luxury hotel and includes a personal chef and dedicated staff. 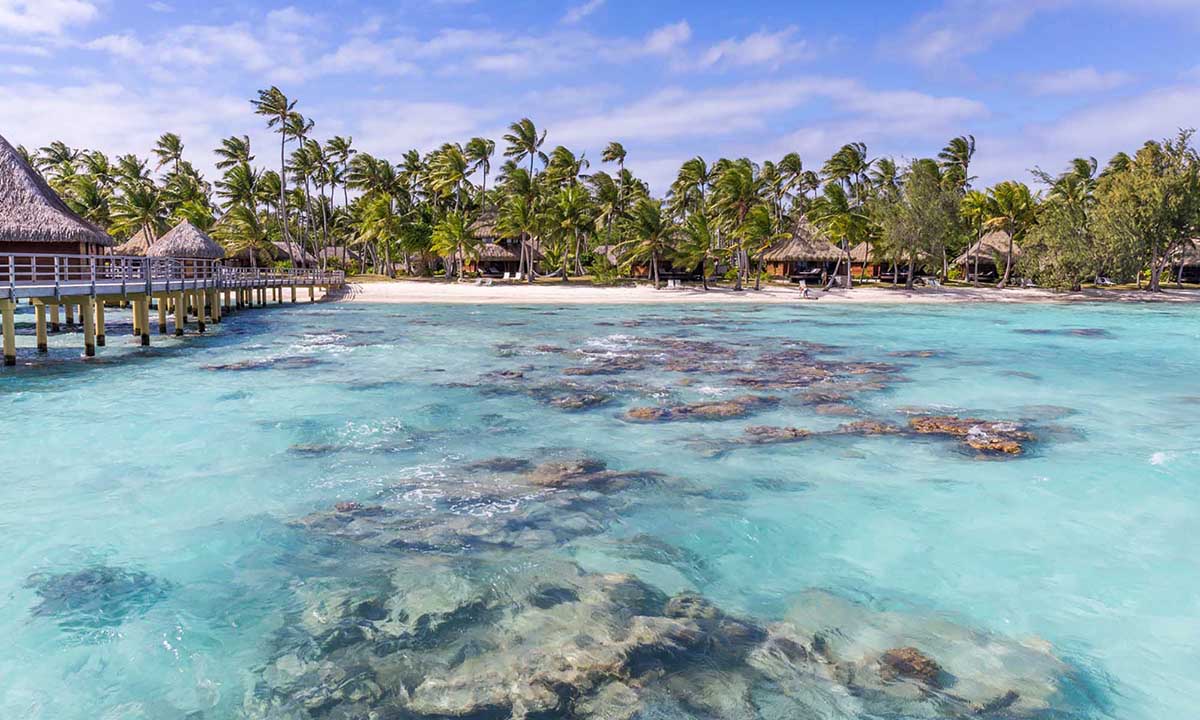 The Hotel Kia Ora Resort & Spa is located on the northern stretch of Rangiroa near the Tiputa Pass. Surrounded by a coconut plantation, the resort combines this convenient setting with a hidden seclusion. The architecture is elegant and refined, resting in perfect harmony with the natural environment. Situated on the lagoon side of the atoll, this is the only luxury option in Rangiroa with overwater bungalows. 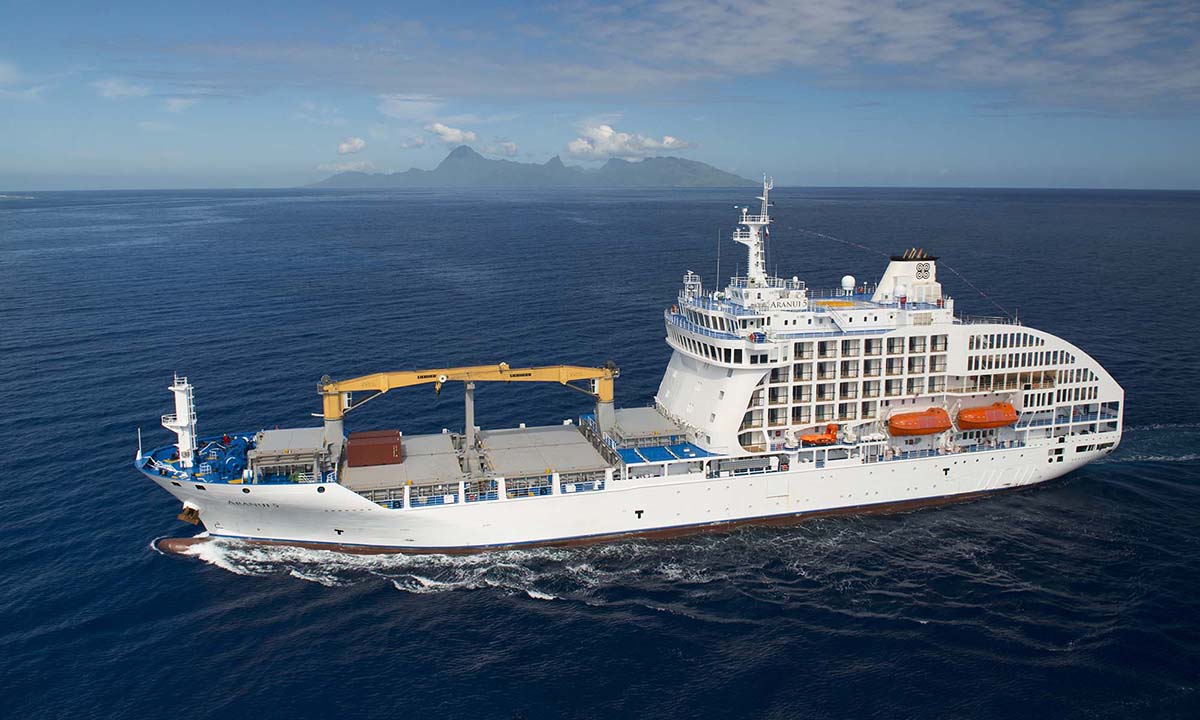 The Aranui V is a working cargo freighter that also operates as a cruise ship, taking passengers to the most remote island group in French Polynesia—the Marquesas. The ship departs every three weeks from Papeete and transports everything from food and liquor to medicine and fuel to the small, inhabited islands of Ua Pou, Nuku Hiva, Hiva Oa, Fatu Hiva, Tahuata and Ua Huka, as well as Fakarava and Rangiroa in the Tuamotu Atolls. 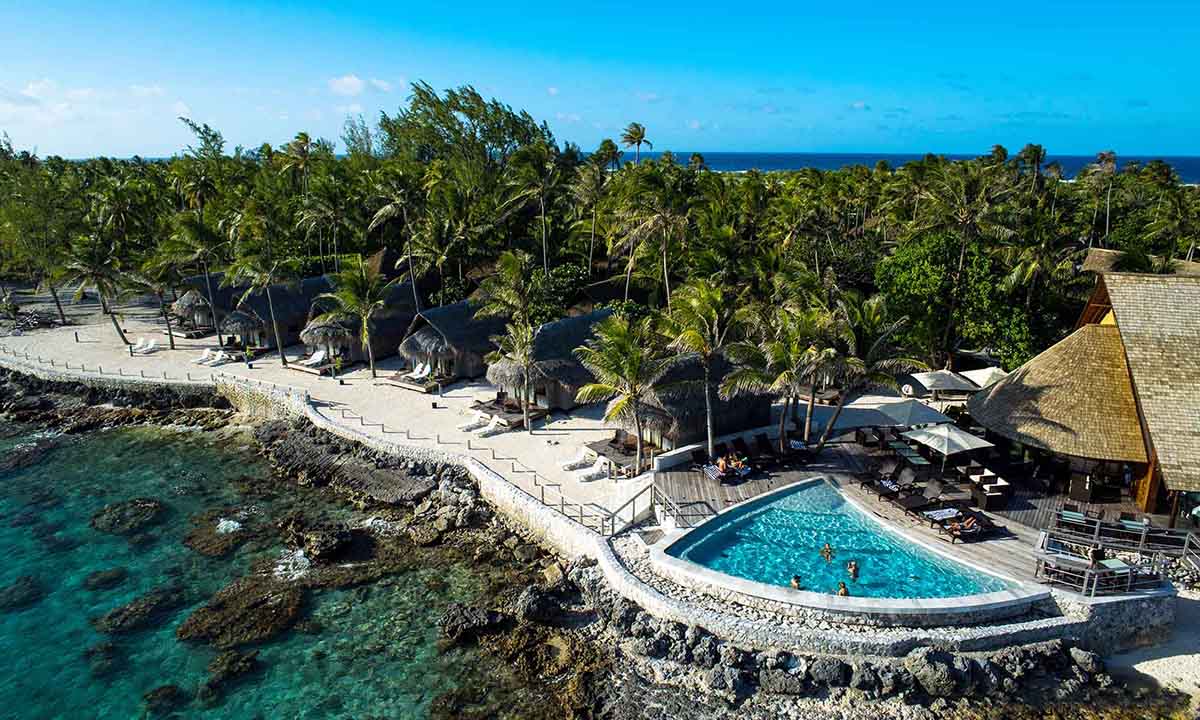 Hotel Maitai Rangiroa overlooks the immense lagoon from a rocky stretch of shoreline on the northern end of Rangiroa. Located five minutes from the airport, it provides convenient access to two of the world's best diving destinations, the Tiputa and Avatoru Pass. With the exception of six beachside bungalows, the majority of the guest accommodations are dispersed among a thriving coconut grove. 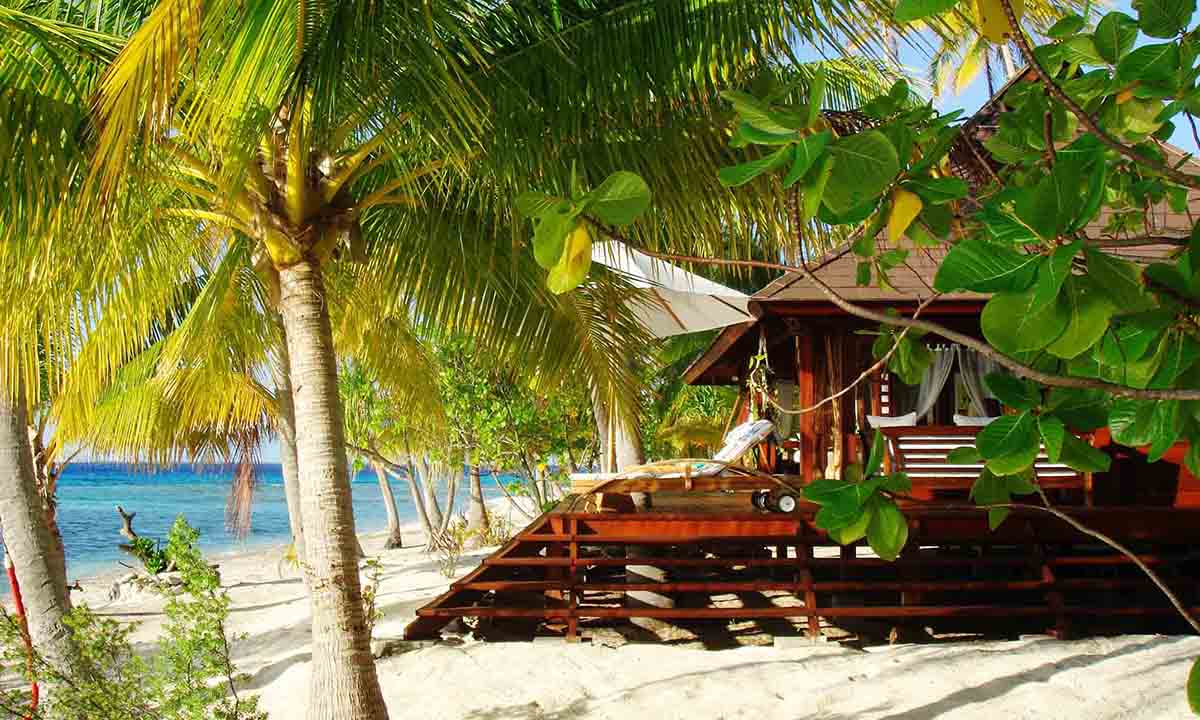 Motu Teta, short for Motu Tetaraire, is a small, pristine island available exclusively for private rentals. Located about an hour and a half away by boat from the airport in Rangiroa, this distant retreat exists only for those in search of unparalleled privacy and seclusion. The main villa and guest house can accommodate up to six adults or a maximum of ten people including children. Motu Teta is currently closed for renovation. 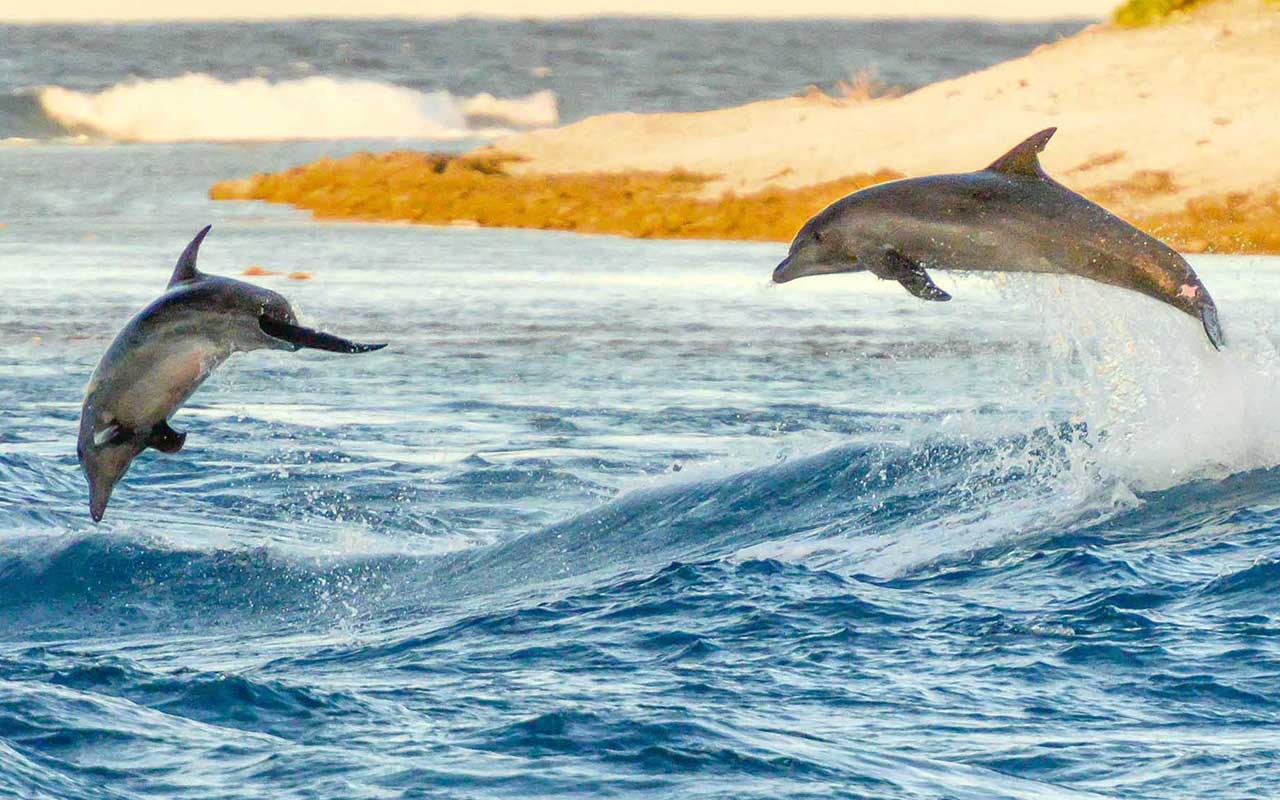 If adventure sports are not your forte, you can still enjoy an afternoon cruising the lagoon and visiting a number of secluded motu (islets) in Rangiroa. Spend the day at Les Sables Roses, "The Pink Sands," a phenomenal deserted beach laden with pink sand at the eastern corner; or visit the Ile aux Récifs, "Reef Island," where erosion has created impressively sharp, jutting coral formations on the south side of the atoll. On the mainland, pay a visit to the nearby village and discover coral churches, quaint local restaurants and tiny roadside shops.

Entirely unique to the destination is the fact that Rangiroa has its own vineyard and winery. Located in the main village of Avatoru, the Dominique Auroy Winery produces French Polynesia's only wine label, Vin de Tahiti. The small vineyard, known as Domaine Ampélidacées, is situated on a separate islet where the grapes are grown on a remote coconut plantation. It is the only winery in the world where the grapes are transferred by boat during harvest twice a year. Particularly known for their whites and rosés, we recommend trying one of the four varieties during your stay. 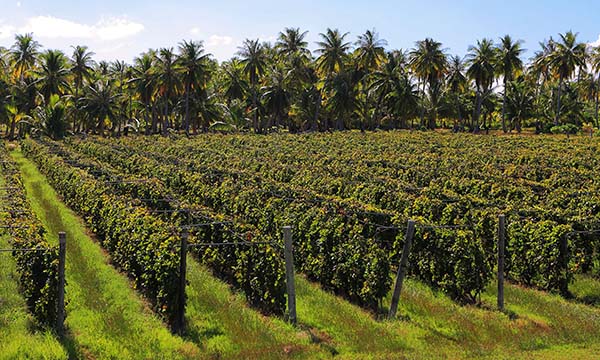 Discover French Polynesia's only winery, Dominique Auroy's Vin de Tahiti, on the atoll of Rangiroa. Upon arrival there will be an introduction to the Rangiroa Wine, after which you can view the wine cellar. At the end of the tour, you can taste Rangiroa Wine and a type of rum made from sugar cane called 'Mana'o'. If so inclined, you can purchase the wine and rum to take home or enjoy later in your room. Operates: Monday, Wednesday, Friday 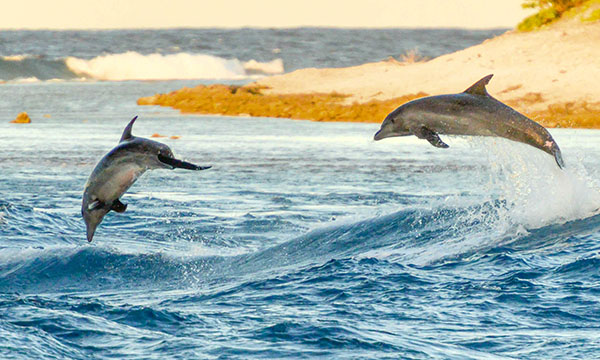 Dolphin Watching in the Tiputa Pass

Venture out to the edge of the reef at the mouth of the Tiputa Pass to watch the playful dolphins while accompanied by an experienced captain. Available only to guests of Hotel Kia Ora Resort and Spa. 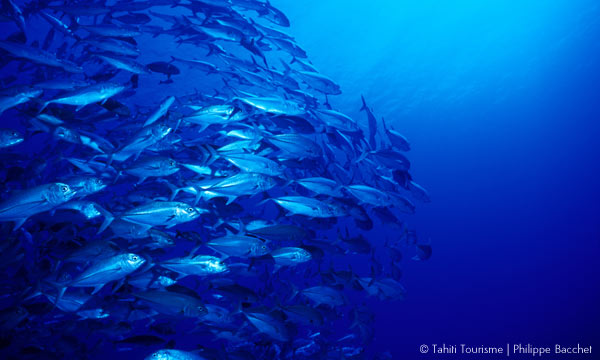 Allow the gentle currents to carry you across the water of the Tiputa Pass and discover a variety of colorful marine life. Depending on the season, you may witness rays, sharks, turtles, dolphins, napoleon fish and barracuda in their natural environment. Before heading back to the hotel, you will also stop at a natural aquarium to swim with tropical fish and eels in a vibrant coral garden. Available only to guests of the Hotel Kia Ora Resort & Spa. 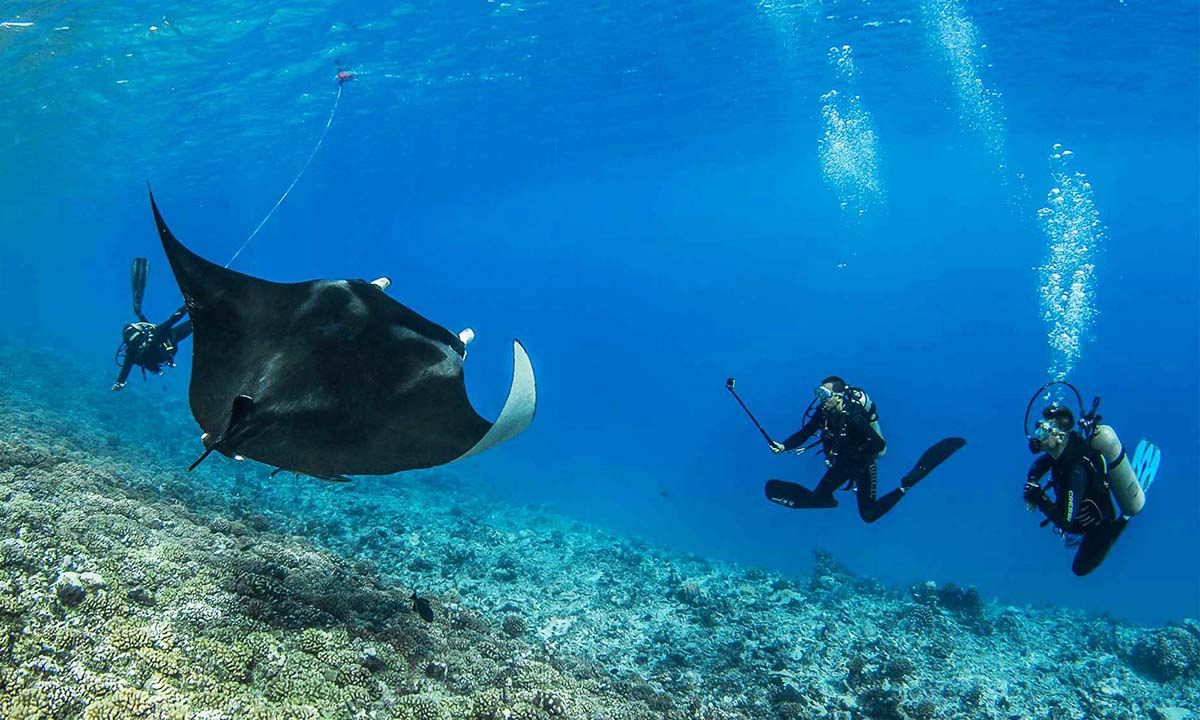 Explore Rangiroa's world-renowned dive sites with The Six Passengers, a top-rated dive center in Rangiroa. Each dive group is organized by experience level, and allows for a maximum of six people. The Six Passengers' guides are known for their expert knowledge and attentiveness to safety. The dive spots are dependent on the tide and the time of day and give divers the opportunity for close encounters with countless tropical fish, sharks, turtles, dolphins and manta rays. Enjoy up to three dives per day and return to the eco-dive center in between dives for coffee, briefings and video footage from the previous dive. Children must be 8 or older. Operates: Everyday 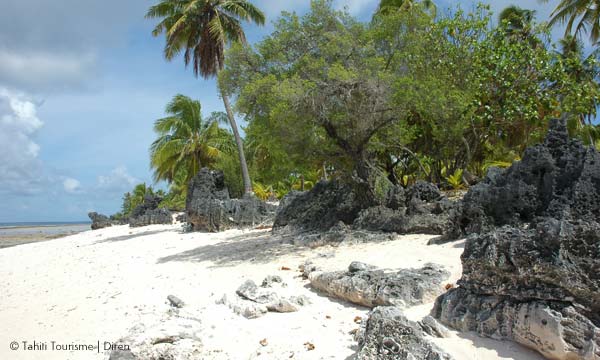 South of the atoll, Reef Island is an area dotted with raised 'feo' coral formations, weathered shapes chiseled by erosion into petrified silhouettes on the exterior of the reef that stretch for several hundred meters with basins and channels that make superb natural swimming pools. Depending on the tide, you might see dolphins swimming around the boat in the Tiputa Pass on the return trip to the hotel. Available only to guests of the Hotel Kia Ora Resort & Spa. 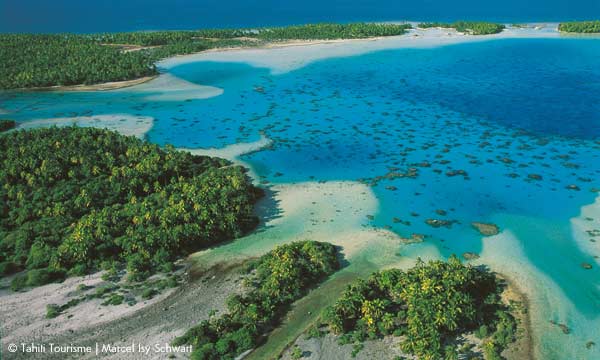 Experience one of the most popular attractions in Rangiroa. The Blue Lagoon is a natural pool formed by a string of islets and coral reefs on the edge of the main reef - a lagoon within a lagoon. It isn't too deep and is home to countless varieties of marine life. You will discover this incredible paradise and enjoy an afternoon of swimming, snorkeling and relaxing on pristine beaches. Includes a traditional Polynesian picnic. Depending on the tide, you may even drift snorkel in the Avatoru Pass before heading back to the hotel. Available only to guests of the Hotel Kia Ora Resort & Spa. 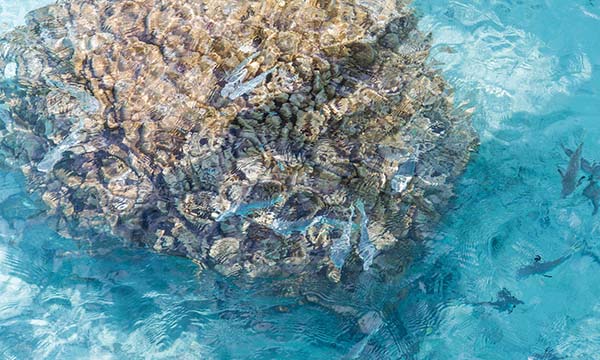 Enjoy a two-hour fishing experience. Your captain will guide you to the best fishing grounds inside the reef of Rangiroa. Lagoon fishing is available for 2 and 4 hour excursions. Price is per boat with a maximum of 4 passengers. Available only to guests of Hotel Kia Ora Resort and Spa. 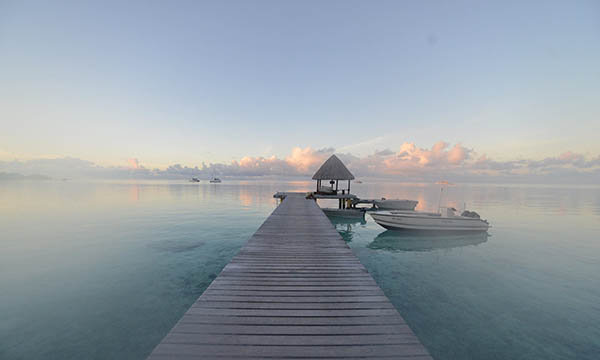 Enjoy an unforgettable cruise on your own motorboat charter. The captain will tailor this cruise of Rangiroa's magnificent lagoon to your wishes. Available for 4 and 8 hour charters. Price is per boat with a maximum of 6 passengers. Available only to guests ot Hotel Kia Ora Resort and Spa. 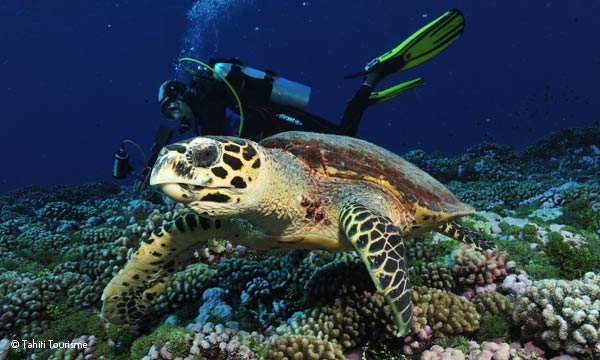 This package of 10 dives can be used by one person or shared between two people (5 dives each). The dives can be split between Tahiti, Moorea, Bora Bora, Fakarava, Tikehau and Rangiroa. Operated by TopDive Dive Centers. Includes free Nitrox for all certified Nitrox divers.