Raiatea is rich with cultural and historical significance. Believed to be the original birthplace of Polynesia, this legendary island is a secret garden of ancient myths and hidden temples. Her unique and fascinating heritage gives the island of Raiatea an intriguing sense of place.

Raiatea, which translates to "faraway heaven," was once the cultural and religious center of the Society Islands. Known in legends as Hawaiki, "the homeland," many cultures believe that this is where the great Polynesian migration began, from which large double-hulled sailing canoes set out to colonize Hawaii and New Zealand. Believed to also be the final resting place for the spirits of these ancestors, the island has remained a place of pilgrimage today.

Raiatea is the second largest of the Society Islands, next to Tahiti. Flight time is about 45 minutes from Papeete, or just a few minutes from the neighboring islands of Huahine or Bora Bora. The island shares its expansive lagoon and surrounding coral reef with sister island Taha'a. This central location and large, protected lagoon makes Raiatea one of the best islands in French Polynesia for sailing, deep-sea fishing and scuba diving. 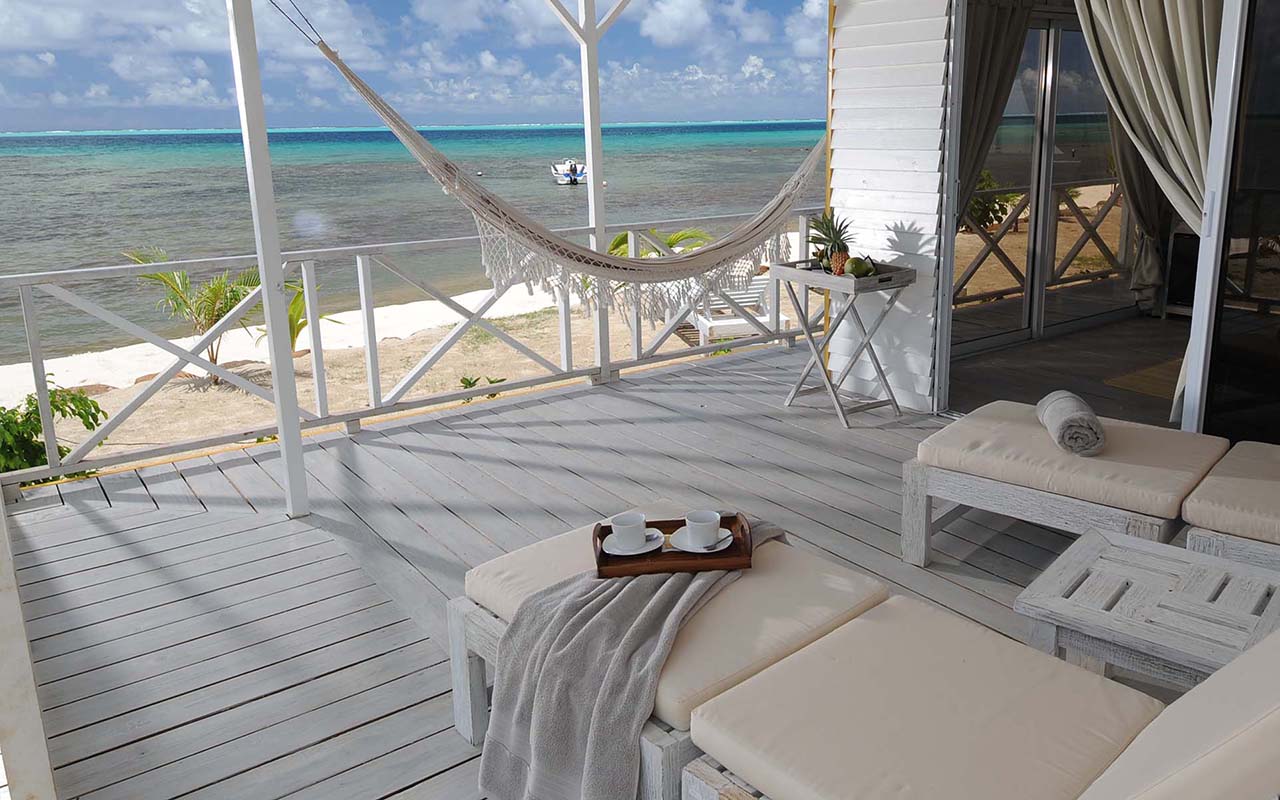 There are two quaint hotels on the island, as well as several pensions and guesthouses. The first option is the charming Raiatea Lodge Hotel, located on the western coast of the island. The second is the Opoa Beach Hotel, which features white wooden cottages along a lovely beach toward the south end of the island.

Raiatea serves as the nautical center of French Polynesia. The island is home to nearly all sailboat and yacht charter companies in the region, including Tahiti Yacht Charter and Archipels Cruises. You will find them in the main town of Uturoa, a sleepy waterfront village reminiscent of Papeete from years past. Raiatea is also the only island in Tahiti with a navigable river. The Faaroa River curls through its lush rainforest, providing a great way to explore the island via powered outrigger canoe, kayak or motorboat.

Mount Temehani, the Polynesian equivalent of Mount Olympus, towers over the northern part of the island. You can hike to the top of this extinct volcano and encounter the rare and sacred Tiare Apetahi. This delicate flower only grows in Raiatea and cannot be found anywhere else in the world. Polynesians will share with you a popular legend to explain this phenomenon, but it remains a botanical mystery. In addition, there are over two dozen other plant species indigenous to the island.

Marae Taputapuatea, on the southeast coast of Raiatea, is the largest outdoor marae (temple) in French Polynesia. You can embark on a Jeep Safari tour into the island's interior jungle and pay homage to this massive archaeological site, discovering other small historical remnants along the way. 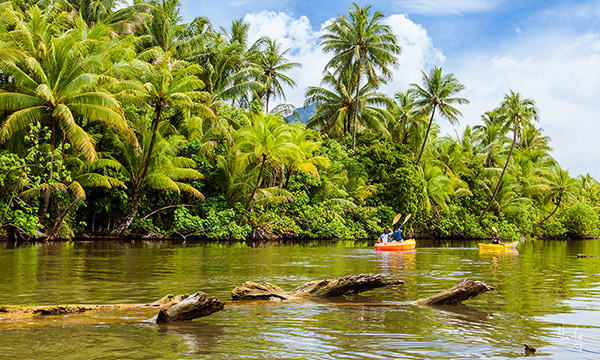 Explore Raiatea's lush jungle interior with a guided kayak excursion down the Faaroa River, French Polynesia's only navigable river. Enjoy peaceful views and discover the rich history of this island while on your river journey. Ages 3 and up. Price is per person.

Availably only to guests of Raiatea Lodge Hotel. 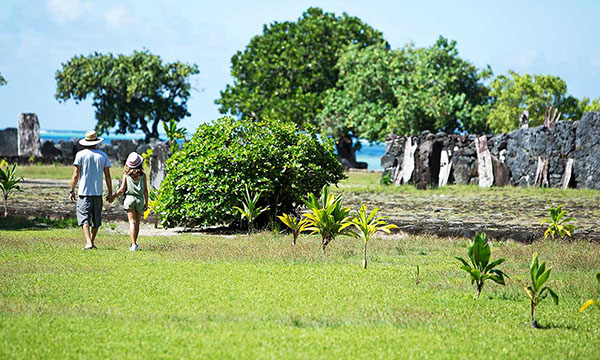 Explore the sacred island of Raiatea and it's rich culture with a half-day island discovery tour. Led by a knowledgeable guide, you will travel in an open-air 4x4 vehicle and see the remarkable lagoon and Faaroa Bay as well as the UNESCO World Heritage Site of Taputapuatea, the largest marae in French Polynesia. Ages 3 and up. Price is per person.

Only available to guests of Raiatea Lodge Hotel. 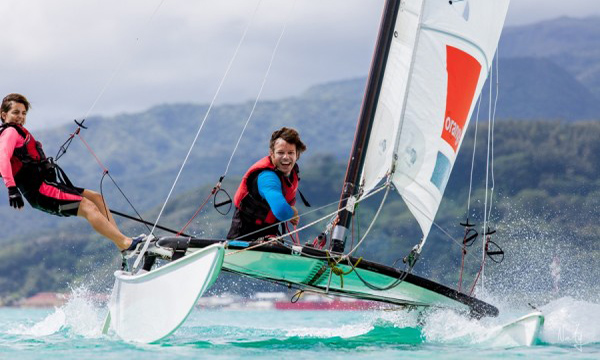 Enjoy the beauty of Raiatea and Taha'a's lagoon while at the helm of your very own Hobie Cat catamaran. With the assistance of your experienced guide, you will learn the art of using the wind to direct your boat and will visit some of the most beautiful parts of the lagoon, including getting close to the reef. A full-day tour with a picnic lunch is also available, inquire for pricing information. Ages 6 and up, must be in strong physical condition. Price is per person.

Only available to guests at Raiatea Lodge Hotel. 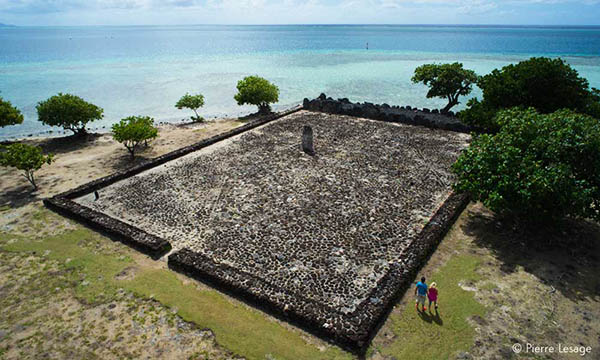 Discover the Faaroa River, Tahiti's only navigable river, by kayak with your expert guide leading the way through Raiatea's verdant interior. Then by car, you will visit the ancient marae temple at Taputapuatea, a recent UNESCO World Heritage Site. You will learn about it's Polynesian origins and historical relevance before sitting down to a locally-inspired picnic lunch. Ages 3 and up. Prices are per person. 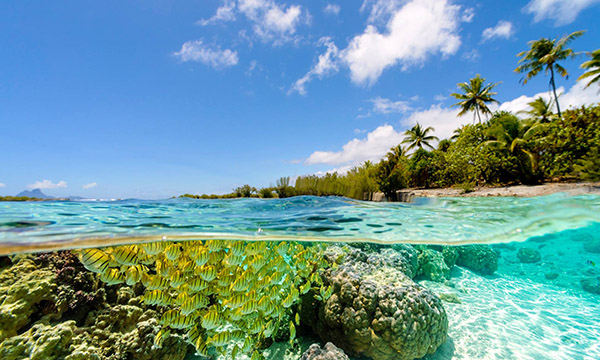 Explore the beautiful lagoon landscapes of Taha'a on this full-day boat excursion around the island. With the help of a friendly guide, you will discover Taha'a's luxurious tropical vegetation, admire breathtaking views of the magnificent turquoise Bay of Haamene and visit a pearl farm and a local vanilla plantation. Complete your Taha'a experience with snorkeling and a Polynesian lunch served on a quiet motu.

Only available to guests of Opoa Beach Hotel.