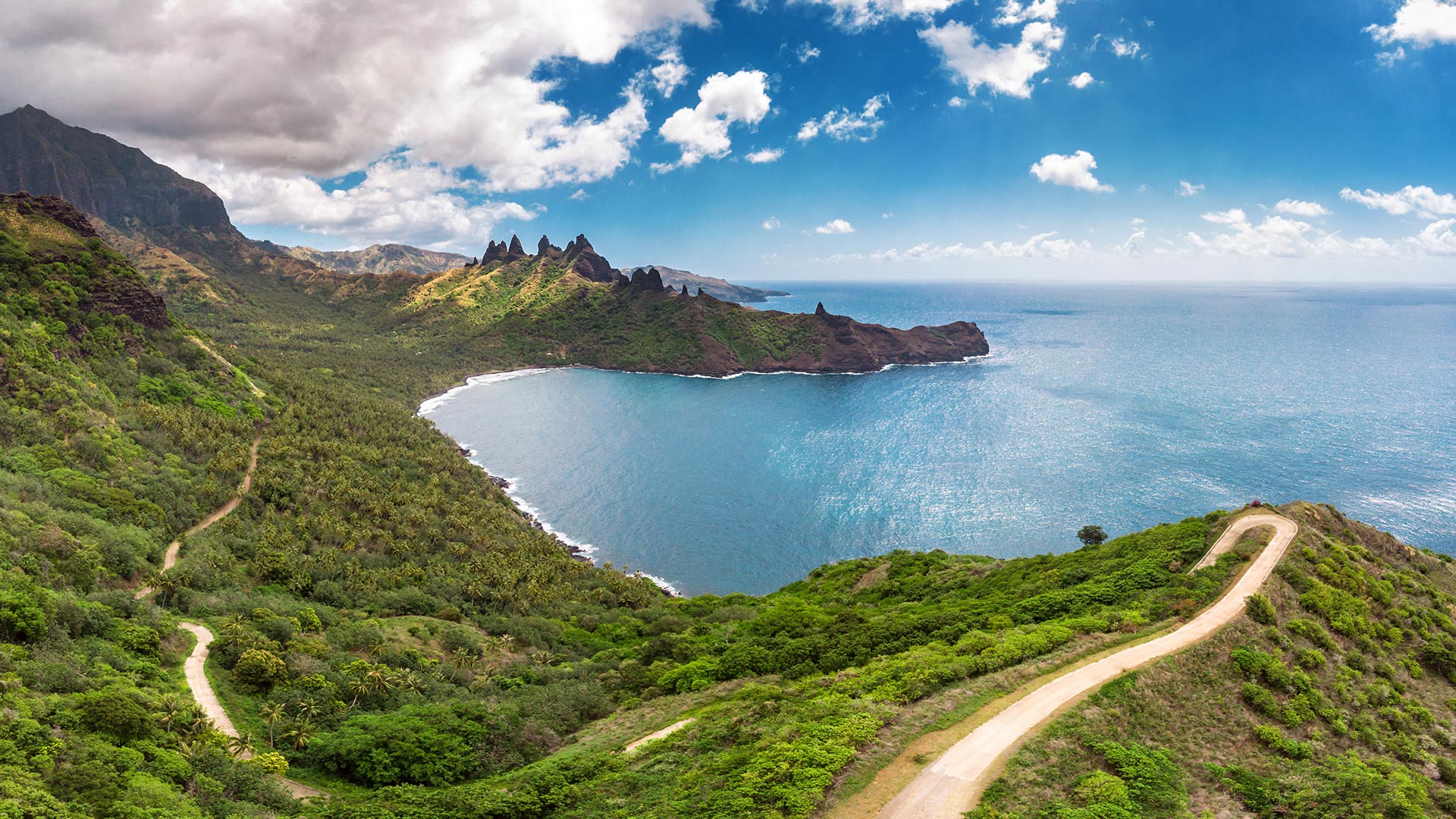 The Marquesas are as wild and untamed as the horses roaming freely through their rugged terrain. Unlike the other islands in French Polynesia, there are no lagoons or protected coral reefs surrounding these landscapes. Instead, steep volcanic mountains plunge straight into the pounding Pacific Ocean, while jagged ridges lay interspersed between deep valleys and thriving jungles.

The Marquesas Archipelago is one of the most remote island groups in the world. These distant volcanic islands are located farther away from a continental landmass than any other island in existence. They are so isolated they even have their own time zone. Flight time to get here from Tahiti is approximately 3.5 hours.

Known as Te Henua Enata, "The Land of Men," these primitive islands will call to your innermost savage. You can explore their rugged terrain and discover a land that few people have seen before you. Throughout the islands, there are many archaeological and ceremonial sites including houses, shrines, stone statues, agricultural terraces and burial grounds that testify to the existence of an ancient civilization.

Nuku Hiva, located on the northwestern edge, is the largest of the Marquesas Islands. Known as the Mystical Island, it is home to many rare and magnificent attractions such as the black sand beach of Anaho; Hakaui Valley waterfall, the third tallest in the world; Cathedral of Notre Dame, which houses intricate stone and wooden carvings from each island; and countless underwater caverns that shelter an impressive variety of flora and fauna. The main town of Taiohae, the administrative capital of the Marquesas, is a small yet lively port, especially during yachting season.

The islands include Nuku Hiva, Hiva Oa, Fatu Hiva, Ua Pou, Ua Huka, Tahuata and other small, uninhabited islands. Nuku Hiva and Hiva Oa are the only two islands with hotel accommodations. These include the Le Nuku Hiva by Pearl Resorts and Hiva Oa Hanakee Lodge. There are also a handful of pensions and guesthouses available around the islands.